I have a data frame that has more than 20 types values in its "S.A" column. I showed a sample of the column below:

if I use table function, I get the result shown below which shows all possible values for S.A in my dataframe: 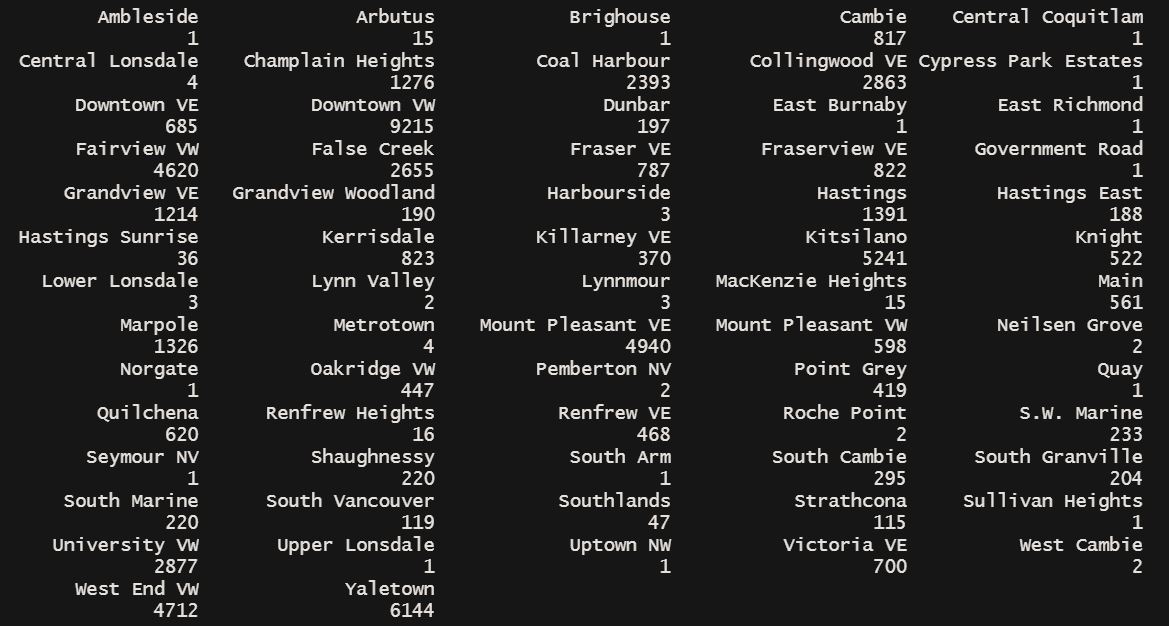 Now, what I want to do is to Replace names with repetition less than 100 with "other". For example, in the values shown below, "Arbutus" is repeated less than 100 times, so I want to change all "Arbutus" values to "other" in order to reduce the number of variables.
I tried this code to find the names:

This helps me to find the names, however, I am not sure how to continue and replace them.

To continue working with what you have you may use –

to change all the values available in cc to "Other".

"This expression is not callable. Each member of the union type… has signatures, but none of those signatures are compatible with each other." Why?

How to allow the user to filter data frame by multiple criteria?

Using table() function from base with dplyr pipe-syntax?

How to create a tibble from list of tibbles with different number of rows?

How to collapse multiple rows with condition into one row using dplyr in r?